Michigan State’s defense should once again be near the top of the country. The team returns all 4 of its starting defensive ends and linebackers. There is significant experience on defense. There are many 5th year players along with those who are juniors and seniors. Last year, they had one of the best defenses against the rush as they gave up just 78 rushing yards per game. In 8 of their 13 games, they gave up less than 100 yards on the ground.

Tulsa is running a college spread offense that will suffer a lot against this experienced Michigan State front 7. The Golden Hurricane still haven’t resolved the quarterback question and if they do not improve their QB1 picture, there will be in for a long season. The rushing attack is there as it averaged 4.1 yards per carry last year and 201 yards per game.

The only strength Tulsa has is their attack on the ground. Unfortunately, this will not be shown at all against Michigan State because of the defensive prowess the Spartans have. A 23-point loss is the least Tulsa will get from this game. 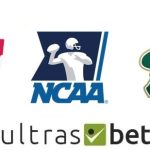 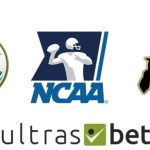