In NCAA Football Week 1, we will see Colorado State Rams at Colorado Buffaloes.

The Colorado Buffaloes started last season very promising with 5 wins but then they fell apart and lost the final 7 games and had a record of 5-7. Steven Montez returns as QB for the Buffaloes. He finished last year with 2849 passing yards, 19 touchdowns, and 9 interceptions. Jaren Mangham will be promoted to a starting running back this season while many other offensive pieces also return to the squad.

The Colorado State Rams had a disappointing campaign in 2018, finishing with a 3-9 record. Collin Hill was a backup quarterback last year and he finished with 1387 passing yards, 7 touchdowns, and 7 picks but he is now promoted to a starting quarterback. The running game is suspect with the duo Marcus McElroy and Marvin Kinsley leading the way. They both combined for less than 500 rushing yards last year but we must note that they weren’t starting for the team.

Colorado State should hang in there throughout the game, however, I do not see them taking anything from it because they will start an inexperienced quarterback and the running back duo has questionable skills. Colorado has more than enough to cover the spread with ease. 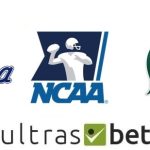 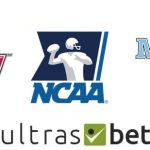