In NCAA Football Armed Forces Bowl, we will see Tulane at Southern Miss.

Overall, Tulane had a good campaign, according to their standards. The team finished with a 6-6 record and lost to Auburn, Memphis, Navy, Temple, UCF, and SMU. The Green Wave are on a very disappointing 3-game losing streak and they also lost 5 of their last 6 games. QB Justin McMillan is completing 57% of his throws for 2229 yards, 14 touchdowns, and 10 interceptions and he is also the team’s leading rusher with his 704 yards and 12 touchdowns. The team’s defense was inconsistent all year long and it depended only on the offense to get the victories, however, in recent weeks, the defense got even worse. The team is allowing nearly 36 points per game in the last 6 outings.

The Southern Mississippi Golden Eagles are 7-5 and they are also on a bad run. They lost their last 2 games against Western Kentucky and Florida Atlantic in games where the defense played below expectations. This is a respectable defense that allowed less than 20 points during some stretches of this campaign. QB Jack Abraham is completing 67.5% of his throws for 3329 yards, 18 touchdowns, and 15 interceptions while RB Kevin Perkins and WR De’Michael Harris lead the way in rushing. They combine for over 1050 yards on the ground and 8 touchdowns.

I believe that Tulane will be held back by its defense once again. The Golden Eagles allowed just 17.4 points per game over their last 5 games and this will be a thing that they will rely on in the bowl matchup. I can’t envisage the Green Wave to win this game by more than a touchdown and I even believe that there might be an upset. 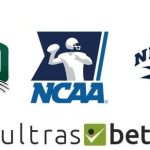 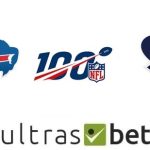