In NCAA Football Famous Idaho Potato Bowl, we will see Ohio at Nevada.

The Ohio Bobcats did not have a tough schedule but they still conceded 6 losses. The team has a prolific offense that scored 52 and 66 points in the last two games. The opposition was certainly not that good but the record is still remarkable. The team is scoring 34.7 points per game and allowing 27 with QB Nathan Rourke throwing for 2676 passing yards, 20 touchdowns, and 5 interceptions. He was also the team’s leading rusher a few weeks ago but O’Shaan Allison surpasses him with his 823 rushing yards and 6 touchdowns.

Nevada is another team that had an inconsistent season. They lost to Oregon 77-6 in week 2 and they also conceded humiliating losses to Hawaii, Wyoming and Utah State- all of them in double digits and most of them by 30 or more points. The Wolf Pack are only averaging 21 points per game and giving up 32. QB Carson Strong is completing 63% of his throws for 1933 yards, 10 touchdowns, and 7 interceptions while RB Toa Taua is helping him with 759 rushing yards and 6 touchdowns.

The Bobcats played very well offensively this season and once again, the offense will be vital for their success in this bowl game. Nevada is giving up big numbers both in passing and rushing on defense and I expect them to have a hard time stopping this superb offense. 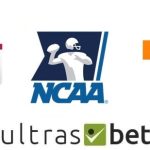 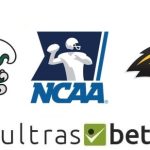