In a game from NCAA Basketball, we will see Texas Tech at Michigan.

One of the most interesting matches in the Sweet 16 is between the Michigan Wolverines and the Texas Tech Raiders. Both teams got to this round with ease and both teams also have high aspirations. Texas Tech beat Buffalo 78-58 with efficient shooting from the floor. Jarret Culver recorded double-double with 16 points and 10 rebounds. The Raiders are averaging 73 points per game on the season and Culver is the leading scorer with 18.8 points.

Defensively, they are also doing a pretty good job, holding their opponents to just 59.2 points per game.
Michigan also had solid performances so far in the March Madness. They beat Florida 64-49 with an outstanding defensive performance. The Wolverines limited the Gators to just 34.5% shooting from the floor while Jordan Poole had a team-high of 19 points. Michigan is averaging 70 points per game on the year while allowing just 58.2 points.
Both teams are defensive minded and I expect this to be a back and forth battle throughout the whole 40 minutes.

The game can go either way and whoever gets on a run late in the game will win it. I believe that Texas Tech has the better defense and the Raiders also have the best player on the field- Jarret Culver, so this should be enough to give them the victory. 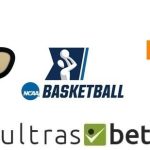 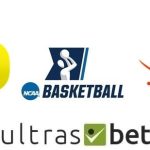