Tennessee Titans will play against Denver Broncos in week 1 on Monday.

The Tennessee Titans look for another deep playoff run. They managed to keep most of their team, including star RB Derrick Henry who just runs over people. They also added Jadeveon Clowney to the already elite defensive line. I still do not trust Ryan Tannehill who does not perform very well against strong defenses and the Titans will most probably milk the clock with rushing and great blocking. Then, they will expect their defense to keep them in the game.

The Denver Broncos finished last season with 4 wins out of their last 5 games and they will definitely look to build on that. It seems that they have finally found their QB Drew Lock who is playing decently. WR Courtland Sutton will continue to help him on the side as he finished last year with over 1000 receiving yards and 6 touchdowns. Von Miller won’t be playing this season as he suffered a very serious injury, so this could be a big blow to Denver’s hopes.

Despite that, I believe Denver will get the W. They beat the Titans at home 16-0 last season and won 5 of their 8 home games. They only lost early in the season to Chicago and Jacksonville when Joe Flacco was the starter. Then, they only lost to the Chiefs at home, beating the Chargers, Lions, Raiders, Browns. 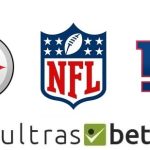 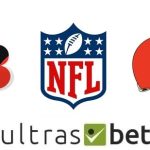