Pittsburgh Steelers will play against NY Giants in week 1 on Monday.

Big Ben got hurt in 2019 and the Steelers missed the playoffs for a second consecutive season. Minkah Fitzpatrick joined the team but nothing was working at QB and Pittsburgh suffered from it. JuJu Smith-Schuster continues to play very well at wide receiver while Diontae Johnson will definitely benefit from an adequate quarterback play in his second season in the NFL. Pittsburgh is very well-coached and the defense really stood out last season.

The New York Giants enter a new season with really promising expectations. QB Daniel Jones will play his second season in the Big Apple and he finished the last one with 3027 passing yards, 24 touchdowns, and 12 interceptions. RB Saquon Barkley will be expected to help a lot on the ground while the receiving core is also respectable- Darius Slayton, Golden Tate, and Sterling Sheppard. TE Eric Ebron is also very good at receiving the football and he is always a threat in the red zone.

The spread started at -3 but got bigger as the week progressed. I’m still not sold on Big Ben as the last time I saw him, he looked way past his prime. The defense will most probably do its part but I expect an ugly low-scoring game with both teams failing to score many. 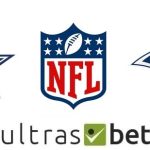 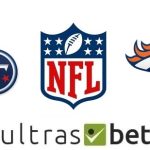