In the XFL, we will see Tampa Bay Vipers at Los Angeles Wildcats.

The Tampa Bay Vipers finally managed to get their first win and man, what a win it was. They went through the Defenders with style and won the game 25-0. Taylor Cornelius is the second backup of this team and he started the game as a QB. He finished the game with 24 out of 31 completed passes for 211 yards, 1 touchdown, and 1 interception. Even though Aaron Murray is a decent QB, Cornelius might have just won the job last week. Even though the quarterback was very efficient, the real key to the win was the running back duo. De’Veon Smith and Jacques Patrick both ran for over 100 yards last week and they are currently ranked 1st and 3rd in yards rushed this season.

On the other side, we have a Los Angeles Wildcats team that has struggled against the run this year. They are giving up 131.5 yards per game on the ground and these are too many. QB Josh Johnson is having a decent season. One week ago, he was the only QB without an interception yet but he has 1 now. He is also completing 62% of his passes for 788 yards, 7 touchdowns, and 1 pick. He has the advantage to be playing with Nelson Spruce who is just everywhere on the field. He is the third-leading receiver in receiving yards with 256 and he also has 2 caught touchdown passes. LA’s not doing a good job rushing the football and this is always a problem when the passing game is not working.

Even though the game will be played in Los Angeles, the Wildcats will have trouble if they rely only on their passing game. The Vipers shut down Cardale Jones completely last week and this is certainly a problem for the Wildcats. Vipers will continue to control the clock as they did a week ago and escape with the win. 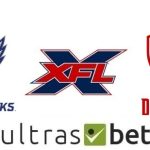 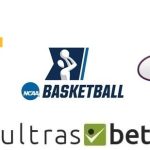