In a game from NCAA Basketball, we will see San Francisco at Gonzaga.

The San Francisco Dons are 22-11 on the season and on a 5-game winning streak. The team started the tournament with an 82-53 win, followed by another 72-54 one over the Pacific Tigers. They played both games at home and this was a real advantage for them. Minlend finished the last game with 21 points on 7 of 12 shooting. Raitanen added 8 rebounds while Bouyea helped with 4 assists and just 1 turnover. Charles Minlend is one of the 4 players averaging points in double digits with 14.3 per game. Khalil Shabazz is also playing very well, knocking 37% from three and also averaging 10.3 points and 3 assists per game.

The Gonzaga Bulldogs are the second-best team in the country. They are 29-2 and their second defeat came just before the March Madness started. BYU managed to beat Gonzaga 91-78 in a game where the offense was doing good but the defense cheated on the team. Gonzaga could not handle Childs at all and the forward finished with 28 points. Since then, they won their first two games of the tournament and showed that they are the better side by far. Filip Petrusev is having a hell of a season, averaging 17.8 points and 7.8 rebounds per game while Corey Kispert is adding 14.3 points per game and he is also completing 44.3% of his 3-point attempts. This is a really balanced team that is shooting very well with many players that can do harm from deep. This also leaves Petrusev open and he rarely misses anything when he is in such situations.

The Bulldogs are not as good defensively as they used to be last year but this is not needed. Their offense is the second-best in the country, averaging 87.7 points per game. Having in mind that San Francisco is averaging just 74.8 points per game and their defense is not very good as well, I believe the Zags will be able to cover the spread. 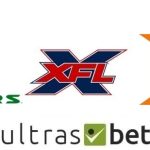 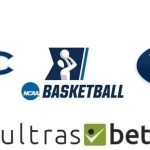