Syracuse will play against Louisville in Week 12 of NCAA Football on Friday.

Syracuse is 1-7 and on a 5-game losing streak at the moment. They are in the ACC and that’s why they always play elite opponents such as Clemson, UNC, etc. The Orange’s offense is really holding the team back this year. They are only scoring 18.3 points per game which is good for 128th in the whole country. Syracuse does not have any ground game and they are suffering from this. The defense is also not elite as it is allowing over 30 points per game.

Louisville, on the other side, have one more win but at least their offense is playing much much better. The Cardinals are averaging 27.9 points per game with an extraordinary rushing game, averaging 201.6 yards per game. They also do not have a great defense as it is giving up a lot of yards but still, Louisville has been competitive in each game they played this year.

Louisville will finally get an easy game but the same can be said about Syracuse. I do not expect the Orange to win, however, they will be able to keep it close for the most part and I doubt that Louisville can cover the spread. 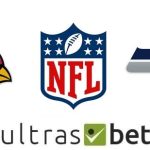 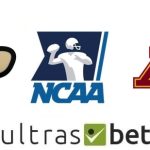