Stanford is 3-2 and won 3 of their last 4 games. This includes two important Ws over USC and Oregon who were ranked 14th and 3rd respectively at the time. Their only loss during this 4-game span came against the 24th ranked UCLA but that was rather the exception than the rule. Stanford really impresses and it shows how mature the team is as they are very balanced both on offense and defense being led by QB Tanner McKee. He is throwing for 1093 yards, 11 TDs, and 0 INTs.

Arizona State is another ranked team that Stanford needs to face. The Sun Devils are ranked 22nd and have lost just one game- it was against BYU in week 3, 27-17. Last week, they put that disappointment behind them as they beat the 20th ranked UCLA, 42-23. Arizona State relies on its defense to make stops while the offense is able to score points when needed.

Arizona State is favored in this one but I believe 11 and a half points are too many against opposition such as Stanford. Stanford can make key stops on defense and even though I believe Arizona State will win, it will not be by a lot. 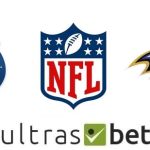