The Indianapolis Colts finally won a game this season. The Colts possess one of the best defenses in all football but they can’t get anything going on offense. They lost all games against elite QBs this year- Russell Wilson, Matthew Stafford, and Ryan Tannehill. They only won against Jacoby Brissett and Miami. QB Carson Wentz finally played well, completing 24 out of 32 passing attempts for 228 yards, 2 TDs, and 0 picks.

The Baltimore Ravens started with an unexpected loss to the Raiders but then they won 3 straight against the Chiefs, Lions, and Broncos. The Ravens continue to struggle with the passing game but they definitely improved on last season when they were dead last in that category. The rushing game is what they still rely on and QB Lamar Jackson is once again Baltimore’s leading rusher.

Indianapolis’ defense should be able to contain Lamar Jackson pretty well. I expect this game to be narrow and go down to the wire as both teams have trouble scoring points. In this case, I don’t really see how Baltimore can win by 7 or more points and the Colts should be able to cover the spread. 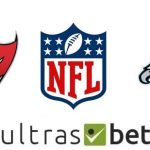