In a game from NFL Week 2, we will see Seattle Seahawks at Chicago Bears.

The Bears almost caused the week 1 upset as they were dominating the Packers and Aaron Rodgers had tough time converting on 3rd downs and getting to the end zone until the beginning of the 4th quarter. He led them to a comeback in the last minutes of the game because Chicago’s defense lost focus in the most vital moments. On paper, they have one of the best defenses in the entire NFL, if not the best. They added some interesting pieces on offense, in order to facilitate Mitch Trubisky’s growth.

The Seahawks’ defense is renovated and there are many new faces on defense. The key players from the previous years were traded to different teams or they left as free agents. The Seahawks are still lacking a running game and they solely count on Russell Wilson. I expect them to have a tough night on offense, especially against this defense and they will probably not find their rhythm at all.

I believe Mitch Trubisky will do just enough, in order to see off the Seahawks at home while also being able to keep their offense relatively quiet for the most part. 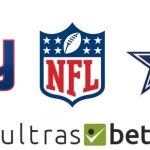 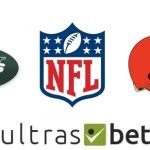