In a game from NFL Week 2, we will see New York Giants at Dallas Cowboys.

Last year, Dallas swept the season series and they even win by 19-3 at home. The Cowboys’ defense seems to match up well against Odell Beckham Jr. Last year, the Giants basically didn’t have a running game while this year Saquon Barkley some of the Eli’s pressure off his shoulders. Ezekiel Elliott always plays well against the Giants and they doesn’t seem to have what it takes to stop him. In week 1, Dak Prescott threw for 268 yards and a touchdown, and Ezekiel Elliott rushed for 104 yards and added 36 more on five catches.

Barkley finished with 106 yards on 18 carries and two catches for 22 yards against the fierce Jags’ defense. Manning showed his incapability again, throwing an interception in an important moment of the game. Beckham Jr., now the NFL’s highest-paid receiver, had 11 catches for 111 yards.

I expect Beckham to have at least a touchdown this time, even though we all remember his problems against this defense in the past. Dallas’ receiving core is inexperienced and they will mostly rely on Ezekiel Elliott’s legs. If Dallas runs the ball effectively and they milk the clock long enough, they will finish the game as winners. 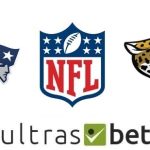 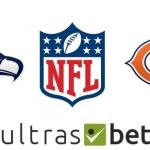