In NFC Wild Card Game, we will see Seattle Seahawks at Philadelphia Eagles.

The Seattle Seahawks are 11-5 but they lost their last 2 games- against the Cardinals and the 49ers. They also lost their leading running backs and were forced to sign Marshawn Lynch for the postseason. He had 34 rushing yards on 12 carries against San Francisco and he looked very far away from his good form from the past. The rushing attack will be a problem for Seattle, especially on the road when it is even more important. Russell Wilson, on the other side, has been sensational and he is a strong MVP candidate who will probably finish only behind Lamar Jackson.

The Philadelphia Eagles got to the playoffs due to a great 4-game winning streak at the end of the season with wins over the Giants twice, the Redskins and the Cowboys. Outside of their win over Green Bay on the road, they do not have any other big victories. QB Carson Wentz had a good season with 4039 passing yards, 27 touchdowns and 7 interceptions while Miles Sanders and Jordan Howard help a lot on the ground. Zach Ertz, DeSean Jackson, Nelson Agholor and Alshon Jeffery are all either doubtful or expected not to play. This will certainly be a big blow to Philadelphia because they are a big part of what they do on offense.

Seattle is great on the road this season. The Seahawks are 7-1 away from home and Russell Wilson will certainly have the better receivers in this game. They have already beaten the Eagles on the road this year, 17-9. Carson Wentz was picked off twice and sacked 3 times and it is important to note that he had a better receiving core at that time. 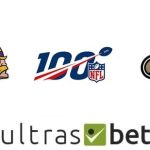 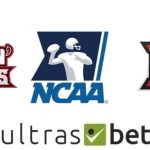