The Minnesota Vikings had a very interesting season. They finished 10-6 and got to the postseason, despite of the fact that they lost their last two games. Humiliating was the defeat to Green Bay where they scored just 10 points. Dalvin Cook, however, is expected to return to action this week while Adam Thielen is finally healthy and he will be the Vikings’ X-factor. Given another threat on the outside, Kirk Cousins will have no excuses if he fails to deliver once again.

On the other side, we have the New Orleans Saints. They had a very interesting season and 13 wins did not give them a bye. They only lost to the Rams, the Falcons and the 49ers and all of these games were highly competitive, except for the one in Los Angeles where Drew Brees got injured. The team is 7th in passing yards, even though Teddy Bridgewater played in half of the games this year. They are also 16th in rushing yards and 4th points scored. Alvin Kamara is still very important to this team’s success, however, he has not been as explosive as usual on the ground.

I like the Saints very much this season. I liked them even in their defeats. Kirk Cousins is playing below expectations when on national TV. Cook and Thielen will be a bit rusty and I believe that there will be timing issues for the whole offense that has not played much together this season. 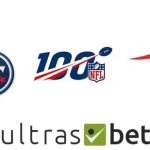 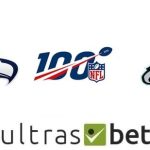