Seattle Seahawks will play against Atlanta Falcons in week 1 on Sunday.

The Seattle Seahawks are in for an interesting campaign. The pass rush was missing for Seattle last year and these put tons of pressure on Russell Wilson. Even though Wilson is great, he can’t be on the field all the time. Thankfully, Seattle are doing their best to complement Wilson with good receivers. I expect DK Metcalf to have an outstanding campaign and help Wilson get his first MVP award. The addition of Jamal Adams will definitely help the Seahawks, pursuing their goals.

The Falcons are also in for an interesting season. They are preparing for life without Austin Hooper, Mohamed Sanu, Vic Beasley, and Desmond Trufant. These were all key players for the Falcons and there are rumors that players will quit on head coach Dan Quinn at some point this year if things do not go to plan. The offense has been struggling ever since Kyle Shanahan left for San Fransisco and I do not see that changing in 2020.

Regardless of all the issues, the Seahawks are facing, they are the better team and Wilson should have plenty of time to throw the football against the no-rush Falcons defense. The same can be said for Matt Ryan who can also tear them apart at home. 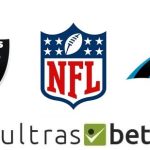 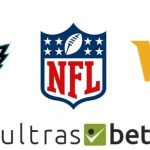