Las Vegas Raiders will play against Carolina Panthers in week 1 on Sunday.

The Las Vegas Raiders had a 7-9 season and Jon Gruden looks like he has found his place in the NFL. Even though his roster was below average, he still managed to get the most out of it. QB Derek Carr had a decent season with 4054 yards, 21 touchdowns, and 8 interceptions. The running game was also working with Josh Jacobs who rushed for 1150 yards and 7 touchdowns. The real struggle is on defense where Las Vegas was allowing 26.2 points per game.

The Carolina Panthers finished 5-11 last season and there were a couple of changes to the whole personnel there. QB Teddy Bridgewater will replace Cam Newton. I’m a big fan of him since college and he seems to read the defenses much better than his first few seasons in the NFL. The Panthers were allowing nearly 30 points per game last season and they addressed these problems with drafting a lot of defensive players.

I expect a high-scoring game because Teddy will definitely bring some juice to this offense. The Raiders are playing very quickly and not using any time when attacking, so I expect a lot of points to be exchanged both ways. 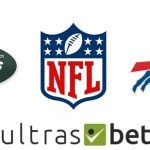 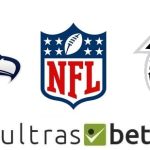