In Thursday Night Football Week 8, we will see Washington Redskins at Minnesota Vikings.

The Washington Redskins have just 1 victory in 7 games. They beat the Dolphins 17-16 but Miami is just atrocious this year. Last time out, the Redskins were shut out by the San Francisco 49ers at home. QB Case Keenum continues to play inconsistently and the offense really struggles under his guidance. He is completing 66% of his passes for 1213 yards, 9 touchdowns and 4 interceptions. RB Adrian Peterson is a shell of himself, rushing for just 307 yards on 83 carries.

On the other side, we have the Minnesota Vikings who are coming off a very respectable 42-30 win over the Detroit Lions. This team is loaded with talent at any position. QB Kirk Cousins is now playing much better and he finished last game with 337 passing yards and 4 touchdowns. RB Dalvin Cook is one of the two best running backs in the league, along with Christian McCaffrey and he rushed for over 150 yards last week.

The Redskins’ offense is suspicious and I do not believe that they will be able to score much. Minnesota also has many edge rushers that can cause pressure on the opposition’s QB. Keenum won’t have an easy time at all while Cousins will have many free plays at his disposal. 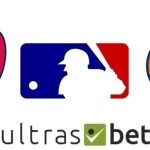