The Las Vegas Raiders have a lot of question marks on offense. QB Derek Carr is the only bright spot there. Head coach Jon Gruden tried to implement a hard-working and aggressive defense but it is very young and did not have a great year last season, allowing lots of points each week. The receiving core is good but it’s only that as the Raiders won’t be able to rush the football a lot.

The Baltimore Ravens were dead last at rushing last season. It won’t be much different this year as Mark Ingram is gone and JK Dobbins is out for the year. Their offensive line had some good stretches at the end of last season and showed some promise. They became more physical and most probably, they will show improvement this time around.

I expect a game with a lot of points, coming to both ways. Jon Gruden will definitely pull some tricks off his sleeve and surprise the Ravens. Baltimore, on the other side, will definitely possess the ball a lot more than the Raiders and tear apart this young and inexperienced defense. 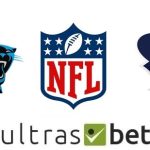