North Dakota started strongly against Idaho State with an impressive 35-14 victory. They predominantly rushed the football and we can expect more of the same here. RB Otis Weah finished with 114 rushing yards and 3 TDs on 22 carries. Their passing scheme is created in such a way that does not allow the QB to make any mistakes. As long as QB Tommy Schuster does not throw any picks on short throws, they should be okay.

Utah State also started with a win but it was against a much more reputable side such as Washington State. They faced some difficulties against the run but stopped the passing game very well. On their own, they left mixed feelings on offense. QB Logan Bonner completed 17 out of his 24 throws for 143 yards, 1 TD, and 1 INT. RB Calvin Tyler Jr. rushed for 84 yards and 1 TD on 14 carries.

Utah State was really impressive in week 1 but they will face a team that is not afraid to rush the football and will do this for the whole game. North Dakota has their chances here and even though I think Utah State will win, the away side should be able to cover the spread and get away with a narrow loss. 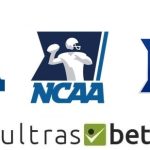 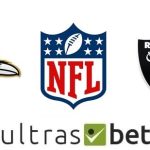