North Carolina A&T started off the season with an expected loss against Furman and they are in for another tough outing this week. The rushing game was essentially missing against Furman as their leading rusher was RB Jah-Maine Martin with 33 yards on 12 carries. They can improve their passing game as well because QB Jalen Fowler completed less than 50% of his throws. However, his throws were for big gains- 268 yards, 2 TDs, and 1INTs. 146 of these passing yards went to WR Ron Hunt who also added 2 TDs.

Duke also started off with a loss. It came against Charlotte and the Blue Devils will want to put this behind them. Their rushing game was top-notch as RB Mataeo Durant finished with 255 yards and 3 TDs on 29 carries. QB Gunnar Holmberg played without committing any mistakes and finished with 228 yards on 20 of 29 passing for 1 TD.

North Carolina A&T showed some vulnerability against Furman as they were really awful on offense. However, they will be playing against a Duke side that is also playing inconsistently on the defensive end. I expect Duke to win but they won’t be able to cover the spread. 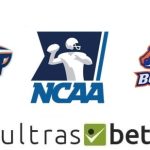 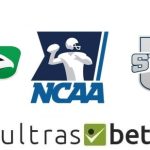