The Baltimore Ravens had one of their best drafts in recent years. They had 2 first round picks and managed to snatch S Kyle Hamilton and C Tyler Linderbaum. In the second round, they also got LB David Ojabo who was a big first round prospect but tore his ACL and fell to the second round. This year’s Baltimore roster is even deeper than last year’s. We also shouldn’t forget that QB Lamar Jackson will be playing for a new contract which is always a cause for boosted numbers.

The New York Jets struggled last season as they finish 4-13. However, they worked their tails off in the offseason to make their roster better. They had plenty of picks in the first two rounds in the draft and got CB Ahmad Gardner, DE Jermaine Johnson, and RB Breece Hall. They also had free agent signings such as Laken Tomlinson, Jordan Whitehead, CJ Uzomah, Tyler Conkin, and DJ Reed.

The Ravens are the favorites for a reason, and even though I believe they will win this one, a 7-point spread is way too much against this Jets side. Expect the Ravens to struggle on offense while the Jets’ QB Zach Wilson should have a much better second season, especially with all the additions to his offense this year. 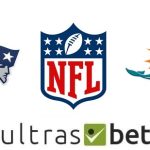 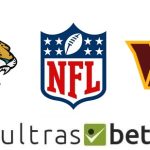