The New England Patriots finished 10-7 last season and surprised a lot of people. Yes, QB Mac Jones is not Tom Brady, but he is a decent QB who can win games in this league, especially under careful coaching. Bill Belichick did not expose him last season as he preferred to rush the football and ask Jones to throw only when needed. The rushing game for New England is solid as Damien Harris and Rhamondre Stevenson combined for over 1500 rushing yards.

The Miami Dolphins finished 9-8 last year mainly because of Tua’s injury. The bad thing, however, was that when Tua was healthy, he did not prove to be the QB everyone expected. This season, he has a lot of weapons at his disposal. Chase Edmonds came from Arizona, and Tyreek Hill came from Kansas City. On defense, the Dolphins have just enough quality to keep them in games.

The Patriots have a history of struggling in Miami even back in the days with QB Tom Brady. I do not expect this to change this season. Yes, Brady was able to escape these games with comeback wins, but I just don’t see this ability in Jones yet. 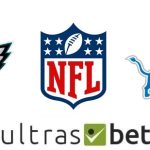 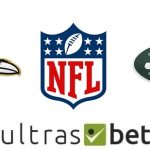