In a game from NFL Week 2, we will see Philadelphia Eagles at Tampa Bay Buccaneers.

The Eagles’ ground game seemed unstoppable at some points during the game against the Falcons. They started the game slowly but then found their rhythm and Jay Ajayi dominated Atlanta. Nick Foles completed 19 of 34 passes and averaging 3.4 yards per attempt which isn’t great but it was enough to move the chains on 3rd down. Ertz had a quiet game and he will be expected to do more in this one.

The Bucs finished 27th in rushing last season, averaging just 90.6 yards per game and they drafted Ronald Jones in the second round of the draft but he had quiet preseason and he was inactive in week 1. That leaves the Bucs with Peyton Barber who rushed for 69 yards against the Saints. Ryan Fitzpatrick threw for 417 yards with 4 touchdowns and he was the main reason why Tampa Bay won in New Orleans. Jackson had 5 catches for 146 yards with two touchdowns.

I doubt that Ryan Fitzpatrick will have a similar game this week and he will probably return to his real personality when he faces the nasty Eagles’ defense. I expect this to be a confident win on the road for the Eagles. 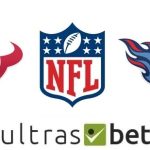 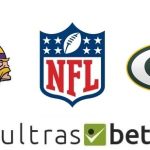