There is something wrong in Philadelphia. Carson Wentz is not that bad of a QB but nothing seems to be going well for him this season. The Eagles lost consecutively to Washington and Los Angeles Rams and then, tied against the Bengals. They are 24th in passing yards per game, 17th in rushing yards, and 28th in points scored. Wentz is making so many mistakes and he already has 6 interceptions and a QBR of 35.

The San Francisco 49ers found their way back into the season with two easy wins against subpar teams like the Jets and the Giants. Jimmy Garoppolo needed these games, in order to build up confidence but he got injured against the Jets and will not be playing for another week now. Nick Mullens had a solid game as a QB against the Giants but the 49ers’ problems do not end there. DE Dee Ford, TE Jordan Reed, RB Raheem Mostert, and a bunch of cornerbacks will miss the game.

This will definitely not be an easy outing for the 49ers. I still believe in Wentz and Philly is a team that can surprise opponents on the road when no one expects this to happen- reference, Green Bay last year. 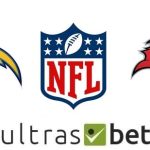 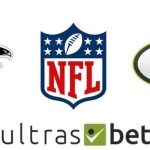