Things do not get better for the Falcons. Head coach Dan Quinn seems two games away from being sacked and these games are against the red-hot Green Bay and the local rival Carolina. The Falcons scored 90 points during the first three games and lost all of them. Things got so bad against Dallas and Chicago that they blew 15+ point leads. Matt Ryan and the offense is free-flowing but the defense just can’t stop anything.

The Green Bay Packers are on the absolute opposite side. Their offense seems even better as they are first in points scored in the league with 40.7 points per game. RB Aaron Jones is a beast this year while Aaron Rodgers, even though he does not receive enough assistance outside of DaVante Adams, is able to step up his game when everyone doubted him. The defense is allowing a bunch of points but still, it is better than Atlanta’s.

Most probably Aaron Rodgers and the Packers will win this game as they are on the better streak but the Falcons have every chance to make this game interesting. Matty ‘Ice’ and the offense will have another big game and will keep up with the hot Packers’ offense throughout the whole game. 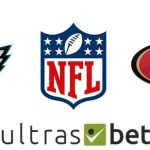 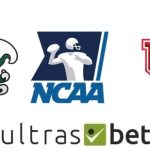