The New England Patriots are 6-4 and on a 4-game winning streak. The Patriots beat the Jets, the Chargers, the Panthers, and the Browns during that span. Their win against the Browns was their most impressive as they scored 45 points and allowed just 7 points. QB Mac Jones had an almost perfect game, completing 19 out of his 23 passing attempts for 198 yards and 3 TDs. The rushing game also helped with Rhamondre Stevens rushing for 100 yards and 2 TDs on 20 carries.

The Atlanta Falcons are 4-5 and mixing good with bad performances. They shined in their win over the Saints two weeks ago but then they went on and got dismantled by the Cowboys. Last week, QB Matt Ryan faced constant pressure and could not make any good throws- in fact, he finished the game with 9 of 21 passing for 117 yards and 2 INTs.

The Falcons rushing game is a mess and their offensive line can’t really protect QB Matt Ryan. The Patriots are able to press the QB a lot and their defense proves to be one of the best in the league. QB Mac Jones does not make any mistakes and anything but a dominant win for New England will be a surprise on Thursday. 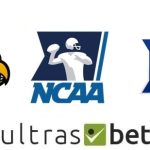 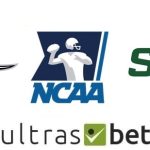