Nicholls will play against SE Louisiana on Thursday at Strawberry Stadium, Hammond, LA.

Nicholls is 5-5 after starting the season 2-4. The Colonels are in a good form right now, despite of their loss last week against Incarnate Word. Nicholls had a great rushing game that was led by RB Colling Guggenheim. He finished the game with 141 rushing yards and a TD on 32 carries. Nicholls’ defense also looked pretty good in that game, forcing 4 turnovers but Nicholls did not do a good job on offense themselves as they also committed 3 turnovers on their own.

SE Louisiana is having a tremendous season, currently standing at 8-2. The Lions’ offense is really amazing as it scores over 40 points on a regular basis. The Lions failed to score over 40 points on just 2 occasions. Last week, they beat Northwestern State 56-28 behind QB Cole Kelley’s perfect game. He finished with 363 passing yards and 4 TDs on 19 for 22 passing.

SE Louisiana is the better team and it definitely possesses the better offense. Nicholls showed a lot of vulnerabilities last week, especially on offense as they failed to convert on a lot of occasions. 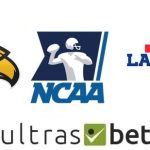