The Green Bay Packers will give QB Jordan Love one more chance to win the starting job or at least prove himself in an NFL environment. Love finished last season with 36 completed passes out of 62 attempts. He completed less than 60% of his passes, and fewer and fewer Packers fans believe in his abilities as a franchise QB. QB Danny Etling will also be tried out, even though he probably lacks the NFL structure to keep himself around in the league.

The San Francisco 49ers have a more exciting QB they would like to keep an eye on during the preseason. Trey Lance is a player with big expectations, and he hinted at his abilities a bit last year, finishing the season with 5 TDs and 2 INTs. Brock Purdy, a rookie, and Nate Sudfeld are the other backup QBs who will compete for a third-string QB role on the 49ers roster.

This is one of the most interesting NFL matchups in the preseason. We’ll see Love against Lance for the most part. From what I’ve seen last season, Lance is the guy to go with. The 49ers also have a good rushing game that coach Shanahan will use to ease off the pressure from his QB. 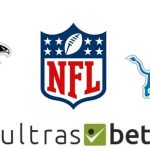 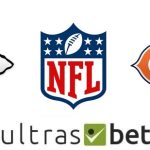