The Falcons would like to try out a few different systems in the preseason and see where they stand with their backup QBs. At the moment, Atlanta would like to use QBs Desmond Ridder and Felipe Franks in the preseason. Franks doesn’t have any NFL experience. He has attempted just one pass in the NFL, and it was unsuccessful. Ridder is a rookie who was chosen in the third round by the Falcons. He played for Cincinnati in college and had a great career. He was very efficient when throwing the football and rarely committed any turnovers. He likes to play safely and does not risk much.

The Detroit Lions will use QBs David Blough and Tim Boyle in the preseason. Blough has been around the league but hasn’t made much impact. He is 27 and has completed 100 out of 184 passes in the league. Boyle is also 27 and his story is similar. He has 98 passing attempts in his career and 64 completions.

Even it’s not by much, the Lions have the better QBs. They also have the better roster and Atlanta is in a deep rebuild mode. Bet against Atlanta this year even in the preseason. 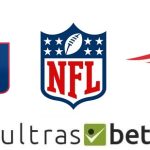 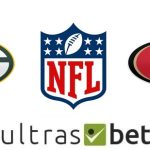