In NCAA Football Rose Bowl, we will see Oregon at Wisconsin.

The Wisconsin Badgers had a very good season and the team was considered a threat to the postseason picture for a long time. They were handed 3 losses and this kept them out of the playoff race- two of them came against Ohio State. QB Jack Coan is completing 70% of his throws for 2541 yards, 17 touchdowns, and 4 interceptions while RB Jonathan Taylor is adding 1909 yards on the ground for 21 touchdowns.

The Oregon Ducks are 11-2 and they are ranked 6th currently in the rankings. The team only lost to Auburn in week 1 and then against Arizona State later on. QB Justin Herbert is completing 66.7% of his throws for 3333 yards, 32 touchdowns, and 5 interceptions. The team is very solid offensively, averaging nearly 36 points per game while allowing just 16. Jevon Holland and Kayvon Thibodeaux are the playmakers on defense and they will need to make sure the other players are also on the same page on Wednesday.

Wisconsin is the more battle-tested team with games against much tougher sides. Oregon had an easier schedule due to the weak Pac-12 conference and I believe that the Badgers will wear the opposition down with relentless rushing and get the W. 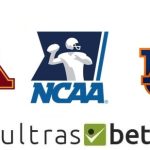