In FCS Football Week 15, we will see Nicholls at North Dakota State.

The Nicholls Colonels are 9-4 but they have suffered some very harsh losses. They are not beating any winning teams this season and all of their wins came to againts sides with less than 5 or 6 victories. Last time out, it was their first win over such a QB opponent when they beat North Dakota Fighting Irish behind the great play of QB Chase Fourcade who finished with 14 of 16 successful passes for 165 yards and a touchdown. RB Julien Gums also helped with 172 rushing yards on 16 carries.

The North Dakota State Bison are heading for another trophy. They are by far the best team in the FCS and I doubt that they will have any trouble getting to the championship game. Last time out, they beat Southern Illinois 21-7 on the road. The Salukis were excellent on defense and they allowed just 3 touchdowns. The Bison had trouble throwing the football as Trey Lance finished with just 146 passing yards while Adam Cofield helped with 87 rushing yards.

Both teams can score in bunches but North Dakota State‘s defense is much better. I expect them to win, for sure, however, I think that they will have trouble, covering the 28-point spread because they have difficulties stopping the run. 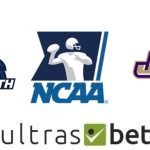 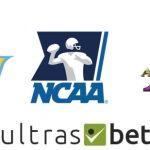