In FCS Football Week 15, we will see Monmouth at James Madison.

The Monmouth Hawks are 11-2 with both of their losses coming very early in the season. They have been on a 9-game winning streak since they lost for the last time. A week ago, Monmouth did not face any difficulties with Holy Cross as they beat them at home 44-27 behind the great play of their RB Pete Guerriero. He finished the game with 220 rushing yards and 3 touchdowns on 31 carries. QB Kenji Bahar added 249 passing yards and a touchdown to the tally.

The James Madison Dukes are 11-1 and on an 11-game winning streak. They only lost surprisingly in week 1 to West Virginia. Last week, they beat the Rhode Island Rams 55-21 in a game where QB Ben DiNucci was not needed much, however, he still managed to complete 8 throws for 129 yards and 2 touchdowns. RB Jawon Hamilton also helped with his 143 rushing yards and a touchdown on 9 carries.

The Dukes have better players and they also faced a much tougher schedule than Monmouth. The offense is also better and I believe that they will score around 45 points in this game. I doubt, however, that Monmouth will fail to score more than 20 and not cover the spread, having in mind that they average over 30 points per game. 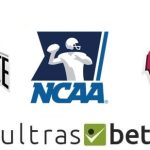 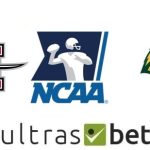