In a Division Championship Game, we will see New York Yankees at Boston Red Sox.

The Boston Red Sox had a historic season. They won the most games in their entire history- 108. The Yankees, on the other side, finished 100-62 and they had the 3rd best record in the MLB. Historically, the Red Sox should have the advantage in game 1 as they are 76-48 at Fenway Park against the New York Yankees. The Fenway Park saw 4 victories in 4 days for Boston when these two met between the 2nd and the 5th of August.

Chris Sale will start the game on Friday, however, his pitches are lacking velocity at the moment. We all know that he is solid even with a fastball around 90.2 mph but he is a different animal at 100 mph.

Boston led MLB in runs scored (876) and the Yankees were second (851). The Red Sox have the advantage in every offensive category in the MLB except the walk rate but that is not that significant. They’re also the best team at stealing bases with 125 and with an 80% success. They stole 17 of 18 bases against the Yankees in the regular season and this could be a big factor in the series.

Following the great season the Red Sox had, I cannot bet against them at the moment. 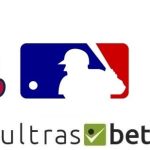