New England struggled at times during Cam’s first game under centre but the defense did its job against the Dolphins and they were held to just 11 points. New England is virtually the first in each defensive rankings since the beginning of last season. Cam was asked to throw the football just 19 times and he completed 15 throws but most of them were short. He was also the team’s leading rusher with 75 yards and 2 touchdowns.

The Seattle Seahawks played in a shootout in Atlanta and won by 13 points. The defense did not look very good but it managed to make some key plays during the second half which prevented Atlanta from scoring. QB Russell Wilson was finally allowed ‘to cook’ and he completed the impressive 31 out of 35 throws for 322 yards and 4 touchdowns. DK Metcalf is already showing improvements in his second season in the league and he finished game 1 with 95 receiving yards and a touchdown.

The Patriots will most face the cold reality in week 2. I expect their defense to still play well and Russell will definitely not have a game like the one he had in Atlanta but he is a great playmaker, especially in crunch time and he will win the Seahawks’ the game by at least a touchdown. 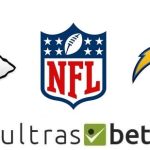 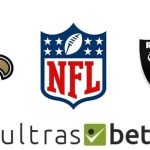