Minnesota Vikings will play against Seattle Seahawks in week 5 on Sunday Night Football.

The Minnesota Vikings finally won their first game of the season last week when they faced Houston on the road. Before that, they lost 3 consecutive games to Green Bay, Indianapolis, and Tennessee. QB Kirk Cousins is underperforming. He is completing 62% of his passes for 883 yards, 6 touchdowns, and 6 interceptions. RB Dalvin Cook is on the opposite side- he is playing very well, rushing for over 100 yards per game and he already has 6 touchdowns.

The Seattle Seahawks continue to be unbeaten after their win on the road against the Dolphins last week. Many people predicted them to fail there because it is a long road trip in hot and sticky weather but Russell Wilson did his thing to perfection. He finished with 360 passing yards for 2 touchdowns and 1 interception while RB Chris Carson added 80 rushing yards and 2 touchdowns. WR DK Metcalf is improving his performances each week and he had another 100+ yard game last week.

The Vikings have an elite defense and I hope that it turned the corner last week when it allowed just 23 points to the Texans. They also find their groove on offense with Dalvin Cook predominantly running the football and I expect him to have another great game against the pass rushless Seahawks. 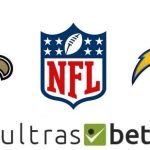