The Los Angeles Chargers looked really well against the Buccaneers last week. They forced a pick 6 and made Brady’s life uncomfortable in the first half. The comeback kid came with a comeback in the second half and won the game by 7 points but it will be interesting to see if Los Angeles can retain the first half’s performance in week 5. Justin Herbert completed 20 out of 25 passes for 290 yards, 2 touchdowns, and 1 interception. The rushing game was totally missing, though, just like we expected.

The New Orleans Saints also started their game against Detroit slowly, losing 14-7 in the first quarter but responded with a 21-0 run in the second one. They improved to 2-2 after beating the Bucs and Lions and losing to the Raiders and Packers. QB Drew Brees is playing very well, completing over 70% of his throws for 1006 yards, 8 touchdowns, and 2 picks. RB Alvin Kamara, however, is not playing solidly this year, having rushed for just 236 yards.

The Chargers are a competitive side that is not losing games by too many points. The New Orleans Saints’ defense is also not very solid and I expect it to allow a bunch of points to Los Angeles. 8 points are too big of a winning margin against a team like Los Angeles. 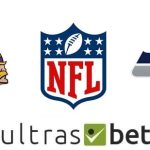 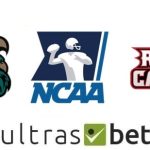