Middle Tennessee is 1-2 and having a very interesting season. Their offense is nothing they can brag about. The Blue Raiders are averaging 240.7 passing yards and just 56.7 rushing yards per game. They are really a passing team, even though they do not have a solid QB. QB Bailey Hockman is completing 62% of his throws for 463 yards, 4 TDs, and 2 INTs.

The Charlotte 49ers consecutively beat Duke and Gardner-Webb before falling to Georgia State last week. The 49ers are on the opposite side, predominantly rushing the football and averaging 192.7 rushing yards per game. Their defense is also decent as it is allowing just 19.3 points per game. Their running backs are all taking snaps and their head coach likes to add them into the mix. 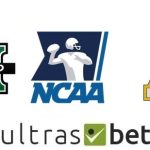