In a game from NCAA Basketball, we will see Michigan at Northwestern.

The Michigan Wolverines are going on the road, in order to get their 9th straight win. They already have 3 wins over top 20 teams while giving up just 51.8 points per game. Offensively, the Wolverines are averaging 73 points per game. They are destroying their opponents so far and the games weren’t even close for the most part. Ignas Brazdeikis is averaging 16.3 points per game and 5.3 rebounds while Charles Matthews is helping him with 14.6 points and 4.5 rebounds.

Northwestern won 4 of its last 5 games and 6 out of its 8 since the beginning of the season. The Wildcats have played well on defense, allowing just 62 points per game and they will need to maintain the level of good defense in this one as well. Offensively, they are just averaging 73 points per game with most of their points coming in the second half.

Michigan is an explosive team that scores plenty in the first half while Northwestern is a team that gets off to slow starts. I expect the Wolverines to take the lead early and build on that. The Wildcats won’t be able to make it a narrow game. 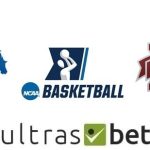 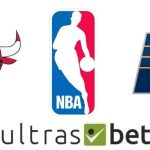