Indiana Pacers will play against Chicago Bulls on Tuesday at Bankers Life Fieldhouse in Indianapolis.

The Indiana Pacers are on the 3rd place in the Central Division with 13 wins and 10 losses this season. On Saturday, the Pacers had a lead of two points at halftime, but they lose 110-11 against Sacramento at Golden 1 Center. Indiana Pacers lost his last two games in the NBA and was previously in a series of two consecutive wins. In their last home game, Indiana lost 100-111 from San Antonio Spurs.

Chicago Bulls is the weakest team in the Central Division this season as the guests have won only 5 games and have 19 defeats which led to firing Fred Hoiberg and promote Jim Boylen to head coach. The Bulls are in a series of six consecutive losses, as in their last match three days ago lost against Houston Rockets 121 – 105. The last victory of the team was against Phoenix Suns 124 – 116 on November 22. Zach LaVine leads the Bulls in scoring this season with an average of 25 points per game, while Kris Dunn leads in assists with an average of 7 per game.

The guests in this game Bulls are 3-9 ATS in their last 12 games overall. The Indiana Pacers won 107-105 against the Bulls last month and we think the Pacers will win this game and even cover the spread in Boylen first game as Chicago Bulls head coach. 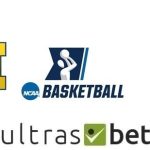