Michigan will play against Minnesota in Week 8 of NCAA Football on Saturday.

The Michigan Wolverines open the season with a game against another ranked side- Minnesota. The team was defense-oriented last year and I do not expect this to change under Harbaugh. The Wolverines were allowing just 19.5 points per game and scoring 31.8 points. They were mostly attacking through the air as they averaged 250.8 yards per game while the rushing game was ranked 77th in the country with 150.7 yards per game.

Minnesota also opens the season with this game. They were better than Michigan on offense last season but the same cannot be said about the defense. They retain their offensive talent this season, keeping Morgan, Ibrahim, and Bateman. QB Morgan had a phenomenal 2019 season, completing 66% of his passes for 3253 yards and 30 touchdowns. I do not see them slowing down, even though they will be playing under a new offensive coordinator.

Michigan has a better 2020 recruiting class but Minnesota is the more experienced team. Last season, they played exceptionally well and managed to keep most of their players. The game will be played in Minnesota, they are the better team in my opinion and I get the points, I’m surely siding with them. 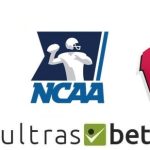 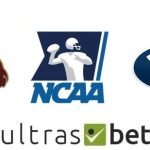