Texas State will play against BYU in Week 8 of NCAA Football on Saturday.

Texas State has just 1 win in their win-loss column this season and it came against UL Monroe. The team is averaging 28 points per game but it is also giving up 31.7 points on defense. The Bobcats are struggling with running the football as it is an inconsistent ground game. QB Brady McBride is completing 61% of his throws for 809 yards, 8 touchdowns, and 2 interceptions.

The BYU Cougars are 5-0 after beating Navy, Troy, Louisiana Tech, UTSA, and Houston. What was very impressive was the win against Houston last week, 43-26. It was expected to be a narrow game and it was until the 4th quarter where BYU scored 22 unanswered points, in order to win the game. QB Zach Wilson had a great game, completing 25 out of 35 throws for 400 yards and 4 touchdowns. He was also the team’s leading rusher with 45 yards.

BYU is dismantling opponents this year and I expect them to do well against a Texas State team that is just not near their talent. The game will be played under BYU’s turf and they have every chance to beat the opposite team by 30 points or more. 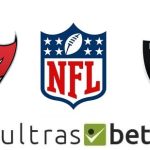