Illinois will play against Wisconsin in Week 8 of NCAA Football on Friday.

Illinois open the season on Friday. The wait is over and they will face Wisconsin which is a great football team for the past couple of years. The Fighting Illini had trouble with the offense last year as it was averaging just 26.7 points per game. QB Brandon Peters returns for another season. He was really solid last year, finishing the campaign with 18 touchdowns and 8 interceptions. The defense was decent, allowing 25.4 points per game.

Wisconsin became a true powerhouse in the NCAAF in the last couple of seasons. This is a team that has an identity- they like to pound the football, play smash-mouth defense, and rarely pass the ball to the wide outs. The Badgers averaged 34.1 points per game and allowed just 16 last season. This will be the first game for them as well. I do not expect much to change from last season because they have a proper system that their players can just grasp.

Last year, they were going over opponents like no one else. At one point, they were even considered a legitimate playoff team but could not make it till the end. One of their few losses came against Illinois 24-23 where the Fighting Illini were able to neutralize the run game and do damage on the other side. I expect a similar game from their coaching staff and 19.5 points are too many for such a game. 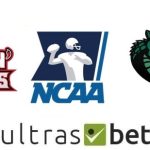 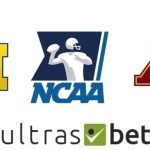