In NCAA Football Week 1, we will see Miami Florida Hurricanes at Florida Gators.

Former Miami-Florida defensive coordinator Manny Diaz returns to his team after a one-year absence to be a head coach. He led the team to a 10-3 record in 2017 when he was the team’s coordinator. The defense was very solid last season and 6 of its starters are returning. The offense will be led by the redshirt freshman Jarren Williams. He had just one completed pass in 2018 and he also scrambled for a short touchdown.

On the other side, we have a Gators’ high-powered offense with junior Feleipe Franks making the calls. He threw for 2457 yards, 24 touchdowns and just 6 interceptions last year. The Gators also return their top 7 receivers, so only the offensive linemen will be kind of new, even though there are many recognizable faces there as well. The secondary is also expected to be fine as three of the 4 cornerbacks they had last year will return.

Miami-Florida will start two freshmen offensive tackles against a defense that is capable of putting pressure on the quarterback. Having in mind that Jarren Williams will play his first real games this season, I believe that this is a risky move which they will not benefit from, at least early on in the season. 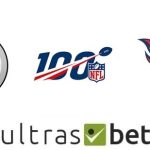 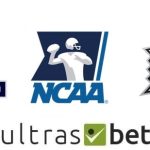