In NCAA Football Week 1, we will see Arizona Wildcats at Hawaii Rainbow Warriors.

The Arizona Wildcats suffered many injuries last season and missed a bowl game. They finished 5-7 as QB Khalil Tate suffered injuries throughout the whole season, even though his stats were decent- 2530 passing yards, 26 touchdowns, and 8 interceptions. He is a dual-threat quarterback and we all expect him to return to his form before all the trouble happened to him. The offense put up just 31 points per game last year which is 10 points less than 2017. The offense should be fine this year with most of the starters back but the defense could be a different story as it allowed 32 points per game last year.

Hawaii has the same problems on defense and the team will hope that the offense will be able to carry the team. They finished with an 8-6 record last year behind quarterback Cole McDonald’s great play- 3875 passing yards, 36 touchdowns, and just 10 interceptions.

The Hawaii Rainbow Warriors should at least keep the game close. This should certainly be a high-scoring game and I am also leaning towards the over but the line is big and it is a risky pick. Hawaii is a tough home team and I expect them to do well and they can even cause an upset. 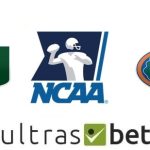 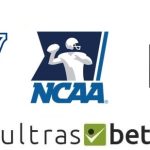