Miami Dolphins will play against Las Vegas Raiders in week 16 on Saturday.

The Miami Dolphins are slowly but steadily getting into the postseason mode and more and more people start talking about them. The Dolphins have now won 8 of their last 10 games and the defense they play is just outstanding. The team is allowing just 18.4 points per game which is the best record in the league. The offense is very good, even though it is being led by rookie QB Tua Tagovailoa who is still struggling on certain plays.

The Las Vegas Raiders are 7-7 and their season is the exact opposite as to what we just described for Miami. The Raiders started the season strongly and they were considered a legitimate playoff contender with a 6-3 record at one point. Since then, though, they lost 4 of their last 5 games and here they are now. The defense is struggling big time and their offense just can’t cope with it. The Raiders are allowing 30.1 points per game which is a serious pushback.

The Dolphins continue to surprise me every week and I think this will be an easy route for Tua. He will have plenty of time to throw the football and get plays that he was not able to previously. 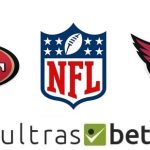 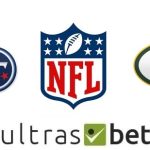