The Tennessee Titans currently stand at 10-4 and won 4 of their last 5 games. Their only loss during this stretch came against the Browns who really smashed them in the first half due to their defensive frontline. The Titans have one of the best rushing offenses in the league, averaging 160.4 yards per game. QB Ryan Tannehill is also doing a decent job as he is completing 66.5% of his passes for 3482 yards, 31 touchdowns, and just 5 picks.

The Green Bay Packers are 11-3 and they’ve won 6 of their last 7 games. Now, we must admit that all of these wins were against non-playoff opponents but still, the Packers are doing a tremendous job this season, especially on offense. They are averaging 31 points per game with 128.9 rushing yards and 261.1 passing yards. QB Aaron Rodgers is having another MVP-caliber season with 3828 yards, 40 touchdowns, and 4 interceptions.

This one feels like a shootout with both offenses playing at a very high level. The Titans will definitely hammer the Packers with their ground game while Green Bay will respond with their passing offense. Both defenses are not that good and should allow lots of points. 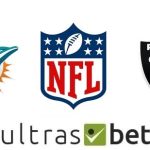 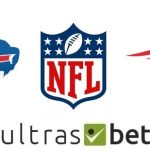