In game 1 from the 2020 NBA Playoffs between Mavericks and Clippers, we saw how the Los Angeles Clippers won 118:110 against Dallas Mavericks.

The game started 10:0 for L.A. Clippers but Mavericks end up winning the first period 38:34. The worst part for Dallas was when Luka Doncic left with an injury but later, he came back. Kawhi Leonard and his teammates won the second period with only one point – 32:31. The moment when Mavericks lost the clash was the third period when they scored only 13 points for 12 minutes and lost 13:21. The 4th period was won again from Clippers 28:31 and with that the first game from the series. The match will be also remembered with the ejection of Kristaps Porziņģis which was ridiculous because he did nothing. Even Doc Rivers said that it was a mistake.

Luka Dončić finished with 42 points, 9 assists, and 7 rebounds. However, after the ejection of Porziņģis who finished with 14 points for almost 20 minutes on the court the only help that the Slovenian had was from Tim Hardaway who scored 18 points. For Clippers the highest scoring were their stars – Kawhi Leonard scored 29 points, grabbed 12 rebounds, and gave 6 assists. Paul George added 27 points. Surprisingly or not the third-highest scorer for the team from L.A. was Marcus Morris with 19 points.

L.A. Clippers are the favorite in the upcoming game 2 from this series. However, I expect the Dallas Mavericks to play their best game because of what happened against Kristaps and to win it. 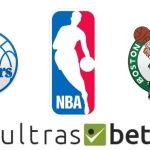 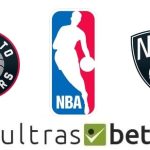