Toronto Raptors are leading with 2:0 in the series against Brooklyn Nets.

The first clash between Nets and Raptors was won by Toronto with 24 points difference – 110:134. Fred VanVleet was the highest-scoring player on the court in game 1 with 30 points. The second one was a lot closer but again the team from Canada end up with the victory – 99:104. Nets won the first period with 33:29 and lost the second period with only one point – 20:21. Brooklyn Nets won the third period 27:24 and at that point, they were favorite to win the match. However, Toronto Raptors shut them down in the 4th period and Nets scored only 19 points and Raptors end up with 30.

Fred VanVleet was again the highest-scoring player in game 2 with 24 points. The same amount of points also scored Norman Powell but for 10 minutes less on the court. For Brooklyn Garrett Temple scored 21 points but no one else from their squad score 20 or more.
The morale in this game will not be on the Brooklyn Nets side. I think that Raptors will try to close this series as soon as possible to get extra rest before they face their next opponent if possible. 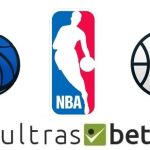 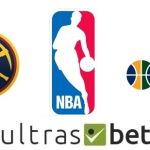